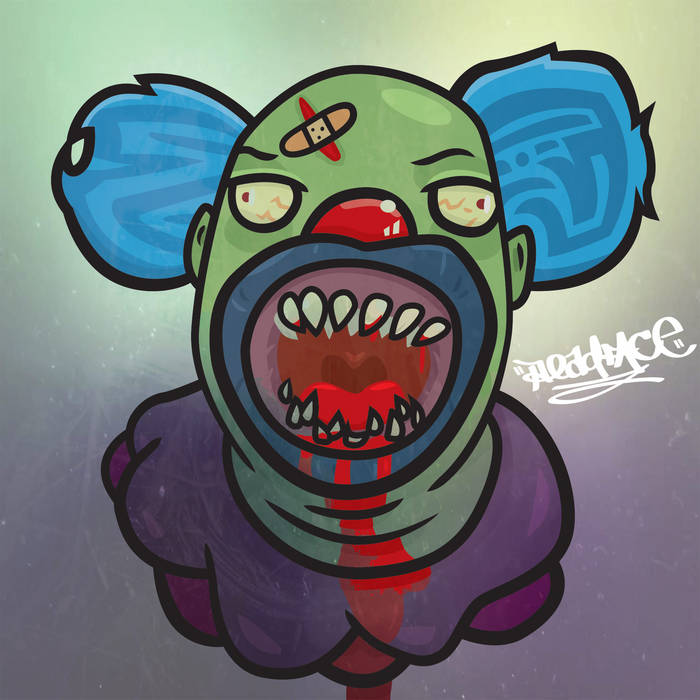 Follow the sonic journey of Deadface the clown, from the monotonous soul-sucking carnival circuit to the depths of his heinous murderous rampage.

Cottonball the clown made his humble beginnings at the Newfield Travelling Circus. A childhood runaway, Cottonball latched onto the circus life as a means to an end at first, but he was soon cutting his teeth as a clowns assistant, in the sideshows at first, but soon he found himself on the main stage. For the first time in his life he felt at home, with a group of people that he considered to be more of a family than acquaintances.

After a decade as lead clown, he felt less so an integral part of the Newfield Clown Troupe, and more an indentured servant.

On one fateful day, after a long day of drinking spirits and cursing his existence, he happened upon a disheveled and ancient looking clown nose being blown by the wind through the empty circus grounds. On a whim he picked it up and placed it on his own face.

Little did he know that this clown nose was a cursed relic from another time. The clown nose attached to his face, rearranging his very genetic code. Cottonball was now ’Įä’Įģ’Įü’Įä’Įå’Įü’Įā’Įģ the wanton were-clown.

"A carelessly over-compressed, genre-less heap of nuclear waste."
- Nobody

I pieced this together earlier in the year of 2017. It features 5 new songs, and 2 reworks of unreleased tracks. I wasn't completely happy with the finished product, so I shelved it, as I have projects before. I dug it up recently and decided to put it out with an updated cover. So enjoy it-

Bandcamp Daily  your guide to the world of Bandcamp

New sounds from Mavi, Ivy Sole & Moderator, plus AJ, the One joins the show, for her latest release